Cricket has always been considered as the game of batsmen, as it always tilts a little bit towards the side of batsmen. But there are certain bowlers who have made quite a mark on the game and have become all-time greats. They have terrorized batsmen and haunted their sleep. They have become part of the cricket folklore. Here, we provide you with a comprehensive list of best bowlers of all time and what made them so special.

1. Curtly Ambrose: Curtly Ambrose takes the first spot in the top 5 best bowlers of all time list. The all-time great played 98 tests for the windies from 1988 to 2000 and took 405 wickets with an average of 20.99. He was chosen as one of the Wisden Cricketer of the year in 1992, and past retirement, was also selected in the West Indies all-time XI by a panel of experts.

2. Muttiah Muralitharan: The Sri-Lankan legend played between 1992 and 2011 and is deemed as the best off spinner the world has ever seen. He is the highest wicket taker in tests and ODIs and has broken many records whilst picking 800 wickets in Tests and 534 in ODIs.

3. Shane Warne: The Australian great has taken over 1000 wickets in his entire career as played between 1992 and 2007. With 708 wickets in Tests and 293 in ODIs, he grabs the third position in the best bowlers of all time list.

4. Wasim Akram: The Sultan of swing is considered to be one of the best left arm seam bowler of all time. He played from 1984 to 2003 and took over 900 wickets in this long illustrious career. So, he takes up fourth position in our best bowlers of all time list.

5. Anil Kumble: Anil Kumble, by far, is the most successful bowler for India. The wrist spinner made his ODI and test debut in 1990 in Sharjah and Manchester respectively. He was part of the Indian cricket team from 1990 to 2007 and took over 900 wickets in total, making him the highest wicket taker for India. 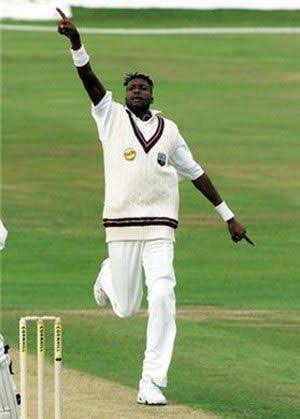 These bowlers will be remembered as the best bowlers of all time due to the huge contributions they made towards the game. These are some of the most famous names in the game of cricket. On their days, these bowlers could rip oppositions apart and make task easier for their batsmen. We hope you liked this article and stay tuned for more such articles. We will continue to bring quality content your way and make your reading experience worthwhile.